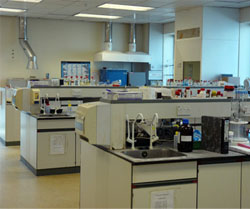 The Kerala State Small Industries Association was incorporated as a representative body of the small industrialists of the state in 1957 with its Head Quarters at Ernakulam. The Association has now independent functional units in all the 14 Districts of the State which are affiliated to the State Level Association functioning under elected Governing Body.
The main objectives of the Association are promotion of industrialization of the State by actively supporting the governmental efforts in the matter and representing the small industries in all committee formed by the Government which concerns industry. The Kerala State Small Industries Association is the only organization of Small Scale Industrial Sector in Kerala, recognized by Central & State Governments. The Association responds and takes up individual grievances and problems of members for redressasl by the Competent authorities.
Promotional activities like Training Programmes, Exhibitions and Trade Fairs are being conducted by the Association very frequently. We have been conducting the All India Industrial Exhibition under the name of Enterprises Kerala once in two years, with the objectives of show-casing vibrant Kerala as a prudent investment destination apart from providing marketing support to MSME products.
The Association also runs a CONSULTANCY CELL for all Industrial Projects, Rehabilitation Reports under Sick Unit Revival Programme, Marketing Surveys, Liaison Works etc. KSSIA played a pivotal role in the formation of SME (Development) Bill 2006 which came into effect from 2ndOctober 2006.
Releases Newsletters, e-mails / SMS services for dissemination of relevant information from Government Circulars and Notification and other sources to enrich our members. With a view to educate and develop the managerial competency of the members, the Association also organizes Seminars, Buyer-Seller Meets and export promotion activities etc. in addition to interaction with industry related Government officials.